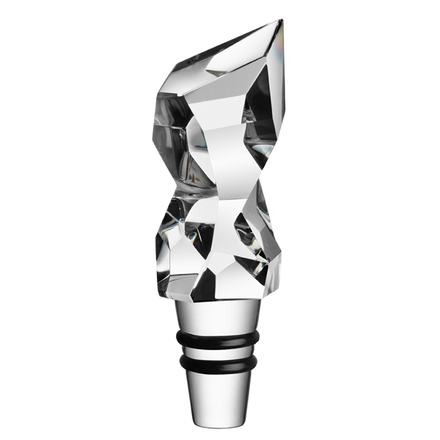 Carat
Wine Stopper Tokyo
Design Lena Bergström. In recent years, Lena Bergström has drawn inspiration from jewels and gemstones. The Carat collection is no exception. Lena uses new techniques to give us the genuine feel of cut diamonds. The distinctive cut pattern design invokes a wonderful feeling as you gaze upon these beautifully cut crystal gemstones.
H: 4" W: 1 3/8"
Item# 6590191