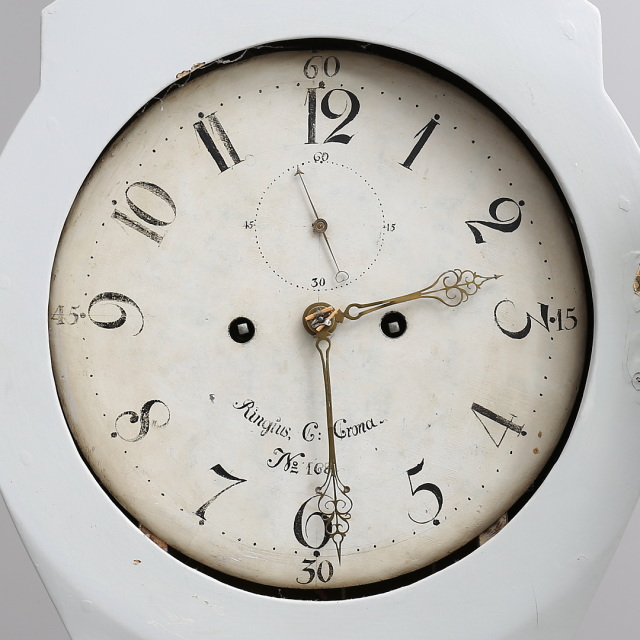 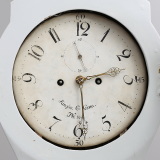 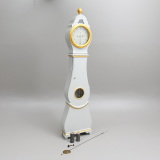 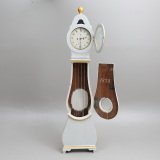 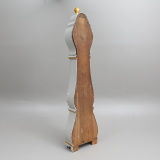 The Mora Clock is perhaps one of the most iconic and identifiable elements of an historic style and collectables of Swedish Antiques.

The town of Mora of Dalarna was hit by several years of drought during the 18th century. Thousands of people fled their homes and went south to the capital and other parts of southern Sweden. Eventually many of these immigrants returned to their homearea and brought with them knowledge of farming techniques and a new skill: clock making.

History: Krång Anders Andersson was the first generation of Mora Clockmakers and the earliest known Mora Clock from 1792 has his initials “KAA”. Other clocks are marked AAS Mora which stands for Anders Andersson and Sons. The parts of the clock: the movement, bells, hands, face, pendulum, and weights, were made by separate manufacturers typically. The wooden cases were often ordered by the owners from carpenters and only then did the pieces come together into the finished clock, hence, the wide variety of antique clocks that we see still today.

The Mora clocks were made in a vast variety of shapes. Some showed a rococo influence and were sturdier and taller in the heavier rococo style. Others were typically Gustavian, more elegant and lighter in proportion.  At the peak of production each year over 1000 clocks were being manufactured. The mechanism is run by heavy weights and wound with a key. The tall case clocks usually have about a week, day 2 train movement and function quite well once they have been cleaned and leveled in their final location. They often strike on both the hour and half hour and have a wonderful variety of bell sounds.